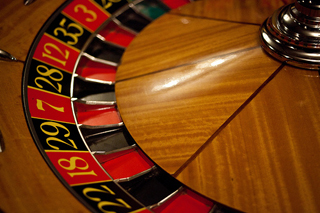 When you play roulette online you start to find out more about this classic casino game’s rich and varied history, and along with that you also hear about the world’s biggest roulette wins over the years.

Of course, when an average recreational gamer is playing roulette at a UK online casino, they’re usually betting with small amounts, especially as you can play so many spins online as you never have to wait for other players to be ready as you would in a land-based casino.

The amounts that some people have played with over the years, though, is staggering. The best known example in recent years is the Englishman Ashley Revell, who sold everything he owned and then flew to Vegas and placed all his money – US$135,300 – on a single spin of the roulette wheel. He bet on red, and it came up, so he doubled his money and walked away with US$270,000. He’d given the $600 to the dealer as a tip!

However, in today’s money, Ashley’s win would come nowhere near to the amount won by a man named Charles Wells in 1891 in the Monte Carlo casino. Wells was an Englishman who had travelled to Monte Carlo with the money that he had persuaded investors to put into a fraudulent invention – a musical skipping rope.

With his ill-gotten gains, he went to the casino and played for eleven hours straight at the roulette table. By the time he left he had won over a million francs – an absolute fortune. He broke the bank several times during his marathon roulette session. To break the bank is when a player wins more chips than are available on the table, so the game has to be paused while fresh casino chips are brought up from the vault. The casino owners were convinced that Wells was using a mathematical system to win but in fact, he claimed that the only thing that helped him to win was sheer good luck.

It wasn’t the only time that Wells won a million francs at the casino. He repeated the feat just a few months later, again using investors’ funds for another fraudulent invention – a device for steam ships. However, this time, Wells’ luck ran out as on his return to the UK, he was arrested at Dover and extradited to the UK to face fraud charges. He stood trial at the Old Bailey in London and was sentenced to eight years in prison. This was the first of a number of prison sentences for Wells, both in England and in France.

In the end, the man who had had incredible luck at the roulette tables of Monte Carlo died penniless in Paris in 1922. For those of us who play a few games online at sites like 32red, it’s probably best to keep to conservative bets and just enjoy the game for the fun of it!